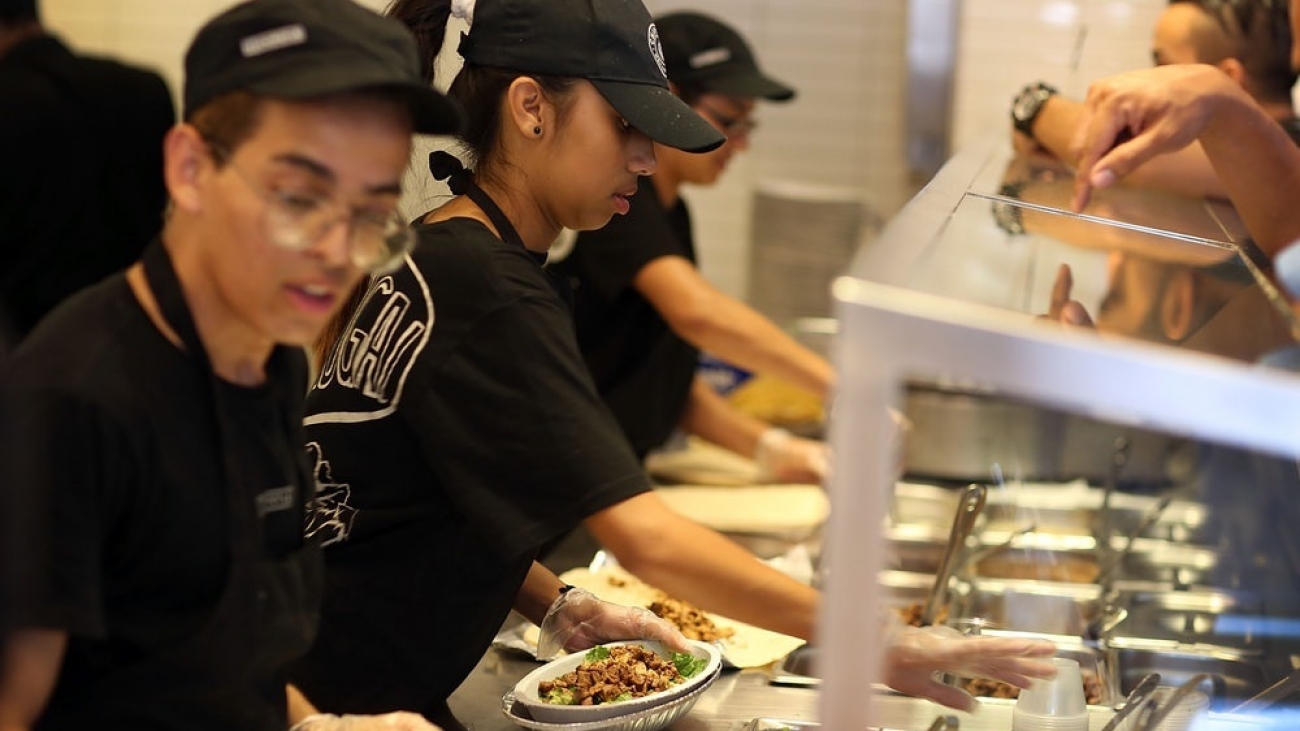 The fast-casual burrito-slinging behemoth Chipotle was awash in Halloween-themed promotions this month. Cheap “boorritos”! TikTok contests! But no haul of spooky goodies could hide the spirit of labor revolt lurking amid the other skeletons in the company’s closet. Chipotle’s continued labor violations and piss-poor treatment of its workers—who for years have reported that working conditions at the chain are  a “nightmare”—came to a head with multiple rallies across New York City in October. Members of 32BJ SEIU, a property-services union dedicated over the better part of a decade to organizing the city’s fast-food workers, gathered to speak out against the company’s failure to heed the city’s 2017 Fair Workweek law. Chipotle’s stated commitment to “raising the bar” in matters of social responsibility apparently stops when it comes to its own employees.

A page on Chipotle’s corporate website touts its “food with integrity” tagline, adding, “With every burrito we roll or bowl we fill, we’re working to cultivate a better world.” That’s certainly not the case for their workers, nor is it all that plausible a claim for the customers, with the restaurant chain’s brutal working conditions and correspondingly lax approach to food safety oversight producing a worrisome array of public health hazards. Since 2008, the company has been at the center of twelve major food safety incidents, including a 2008 hepatitis outbreak in San Diego, a rash of E. coli and norovirus cases across the West Coast and Midwest in 2015, and a fairly exotic Clostridium perfringens outbreak in Ohio last year.

READ MORE at The New Republic >>