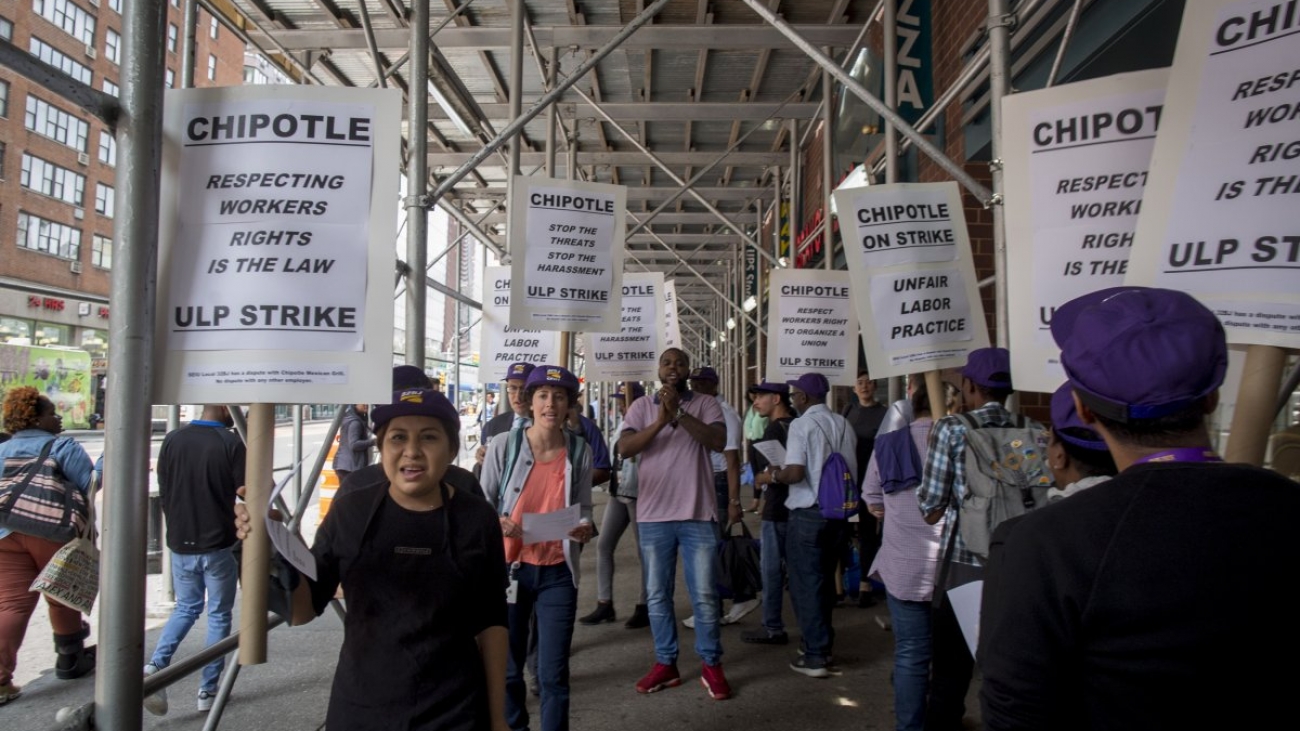 New York, NY – Trying to organize around fundamental workplace protections in the fast food industry is no easy task — not when simply taking to co-workers about unionizing could get  you fired or your hours cut.

City College senior Jahaira Garcia, 21, would like to see her Chipotle co-workers in Kips Bay, Manhattan become industry trailblazers and vote to unionize. But fear of managerial reprisals have made the young union organizer “picky” about who she’ll even talk to about unionizing.

She says “trying to communicate with my co-workers, trying to make them understand what is the union and how it will benefit us — and [then] trying to make sure they don’t go to the general manager — or the next thing I know, I’ll be the one fired,” are two of her biggest challenges.

The last time talk of unionization reached the bosses ears, Garcia says managers were quick to inform new hires that if they decided to join the union, they would be forced to pay for their own lunches and uniforms.

According to the National Labor Relations Board, you can’t be “fired, disciplined, demoted or penalized in any way” for trying to unionize. But the fast food workers that spoke to LaborPress say that managers have, indeed, punished pro-union workers.

Read the full article on LaborPress.